Violin: Gil Shaham
Gil Shaham is one of the foremost violinists of our time; his flawless technique combined with his inimitable warmth and generosity of spirit has solidified his renown as an American master. The Grammy Award-winner, also named Musical America’s “Instrumentalist of the Year,” is sought-after throughout the world for concerto appearances with leading orchestras and conductors, and regularly gives recitals and appears with ensembles on the world’s great concert stages and at the most prestigious festivals.

Highlights of recent years include the acclaimed recording and performances of J.S. Bach’s complete sonatas and partitas for solo violin. In the coming seasons in addition to championing these solo works he will join his long time duo partner pianist, Akira Eguchi in recitals throughout North America, Europe, and Asia.

Appearances with orchestra regularly include the Berlin Philharmonic, Boston Symphony, Chicago Symphony, Israel Philharmonic, Los Angeles Philharmonic, New York Philharmonic, Orchestre de Paris, and San Francisco Symphony as well as multi-year residencies with the Orchestras of Montreal, Stuttgart and Singapore. With orchestra, Mr. Shaham continues his exploration of “Violin Concertos of the 1930s,” including the works of Barber, Bartok, Berg, Korngold, Prokofiev, among many others.

Mr. Shaham was born in Champaign-Urbana, Illinois, in 1971. He moved with his parents to Israel, where he began violin studies with Samuel Bernstein of the Rubin Academy of Music at the age of 7, receiving annual scholarships from the America-Israel Cultural Foundation. In 1981, he made debuts with the Jerusalem Symphony and the Israel Philharmonic, and the following year, took the first prize in Israel’s Claremont Competition. He then became a scholarship student at Juilliard, and also studied at Columbia University.

Gil Shaham was awarded an Avery Fisher Career Grant in 1990, and in 2008 he received the coveted Avery Fisher Prize. In 2012, he was named “Instrumentalist of the Year” by Musical America. He plays the 1699 “Countess Polignac” Stradivarius, and lives in New York City with his wife, violinist Adele Anthony, and their three children. 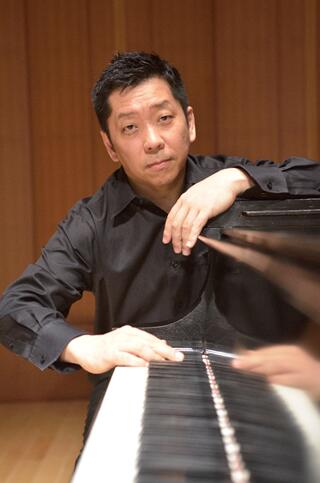 Piano: Akira Eguchi
Since making his highly acclaimed New York recital debut at Alice Tully Hall in 1992, Mr. Eguchi has performed in the foremost music centers of the United States, Europe, and the Far East. His appearances in the United States include Carnegie Hall, Avery Fisher Hall, Alice Tully Hall, and the 92nd Street Y in New York City, and the Kennedy Center in Washington D.C., Chicago Symphony Hall, and Walt Disney Hall. Also he has performed at Musikverein in Vienna, Barbican Centre in London, Theatre des Champs-Elysees in Paris, Herkulessaal in Munich, Tonhalle in Zurich, and Concertgebouw at Amsterdam. Distinguished for his performances for heads of State, Mr. Eguchi has played for President Clinton presented by Isaac Stern at the White House, and for the Emperor and Empress of Japan at Hamarikyu Ashahi Hall in Tokyo. Mr. Eguchi has been featured in numerous tours of the United States, Europe and Far East, encompassing recitals and concerts with many of those countries' foremost ensembles. He is also known as a frequent partner for renowned Violinists such as Gil Shaham, Anne Akiko Meyers, Akiko Suwanai, Kyoko Takezawa, Tamaki Kawakubo, and Reiko Watanabe amongst the others.

Currently more than 50 disks are available from Deutsche Grammophon, Philips, Denon, Marquis Classics, Victor, IDC, BMG, Kosei Publishing, Canary/Vanguard, AVEX, Octavia, and NYS Classics, including 12 solo albums most of which have been selected as “The best newly released album of the month” from Recording Arts Magazine. He is privileged of using the legendary instrument, New York Steinway model “CD75” (1912) which Maestro Horowitz played at his concerts in late 1970s till 1983, currently owned by Takagi Klavier of Tokyo.

As an active composer, Mr. Eguchi's arrangements of Gershwin Piano Selections were published by Zen-On Publishing Company, and the piano trio version of Faure’s “Après un rêve” was published by International Music Company.

Born in 1963 Tokyo, Mr. Eguchi has received his Bachelor’s Degree in Composition from Tokyo National University of the Fine Arts and Music (renamed Tokyo University of the Arts), Master’s Degree in Piano Performance from The Juilliard School. He has studied with Herbert Stessin, Samuel Sanders, Hitoshi Toyama, Akiko Kanazawa for piano, and Shin Sato, Akira Kitamura, Ichiro Mononobe for composition. He was on the faculty member at CUNY Brooklyn College till spring of 2011. Currently, he is a Professor at Tokyo University of the Arts, also teaching at Senzoku-Gakuen Music College in Japan as a guest professor, living in New York City with his family and traveling frequently to Japan.
Share 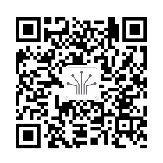